Based on the concepts of OPEN-HANDED PLAYING VOL. 1 this follow-up mostly works on linear phrasing and the use of rudiments around the drumset, using the benefits of the open-handed position. You’ll find a variaty of exercises and applications that will also complement the vocabulary of “cross-handed” players – also including some approaches about the use of rudiments that you’ll hardly find in other drumbooks (collapsed rudiments, Swiss rudiments etc.). Eight playalongs in different styles help you to experiment with the tools shown here in a musical context. Forewords by international open-handed top players Simon Philipps (Toto), Kenny Aronoff (Mellencamp) and Will Kennedy (Yellowjackets). Any more questions?

Here are two video workshops using material from the book (German), again starting off with a little solo:

…If you have never considered open-handed playing before, this book offers a very strong argument for it. 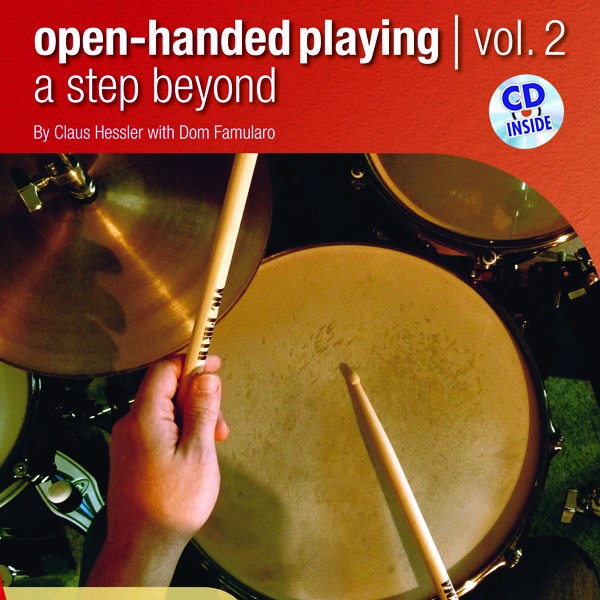