Imagine: Drummers from all styles consider rudiments as the basis of their artform – but they hardly know how the music was supposed to sound and how it was accompanied by drummers. This is exactly where Claus’s new book comes in: taking care of the rich history of rudiments and rudimental pieces, starting with backgrounds and connections between different schools of rudimental drumming and the European roots, their transfer into the “New World” to the communication of stylistically adequate performance. Rudimental tunes taken from the “US Camp and Garrison Duty” (including their history) are shown in their original shape as well as in a modern version, using influences from Swiss and French Schools of rudimental drumming as well as collapsed rudiments – a concept of the late great Jim Chapin. The renditions and playalong version using real fife and drum help to create a more detailed and complete picture of rudiments and rudimental drumming – which has not been around like that before. 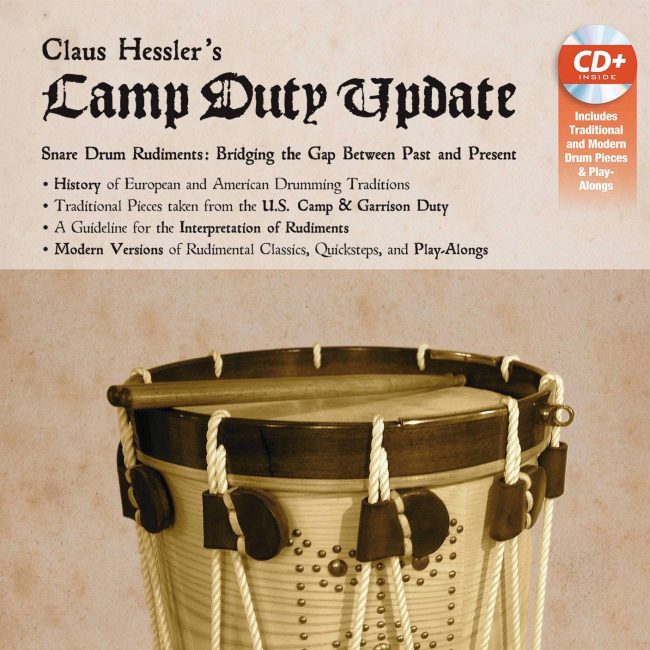